This version of Assassin’s Creed is the first to be released on the PSP console, the features are more alike to the Assassin’s Creed but only with a few differences. Some certain additions were made while some features were also removed due to lack of a key. Nevertheless the game still remains as exciting as ever, you play the role of the assassin Altair who is on a mission to track down the last templars.

The game features some actions related to the Assassin’s Creed, actions which include the fighting styles, the weapons, and many others. Even the environment looks the same but had fewer civilians walking on the streets to Assassin’s Creed, they claimed it was due to the current insecurity of the state.

The graphics of the game can be well compared as they both look much alike, and as mentioned earlier the surrounding looks just the same. Although many features were reduced or completely removed, new features were also added like picking up a thrown knife which was not present in Assassin’s Creed.

We can’t promise you will get the same experience as you would on the ps console, but we can assure you won’t regret playing it.

Below are shots captured while playing the Assassin’s Creed bloodlines game. 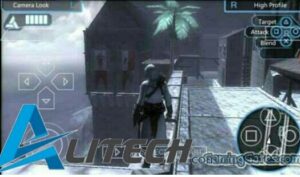 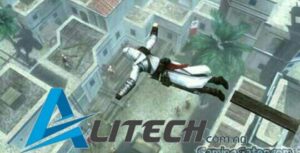 Click here to learn how to enable cheating on ppsspp.

For more ppsspp games check our games or ppsspp categories.

Have a question or issue? let us know via the comments section. Thanks for your time.

Best PPSSP Games Of All Time