The app has already been rolled out recently which the beta test version of the app is now available for download on different kinds of devices either iOS or android devices and it can be used to import third-party animated sticker packs as said by WhatsApp to WhatsApp users.

🔄 WhatsApp is rolling out the possibility to import third-party animated sticker packs in Brazil 🇧🇷, India 🇮🇳 and Indonesia 🇮🇩, for iOS and Android users TODAY!

Sticker Maker app will help you to create animated sticker packs within the next few hours!https://t.co/jnjs5YNA46

Which entails furthermore that the app is only available for use right now is some region like Indonesia, Brazil and India that the download link is available for android and iOS devices that also came with the beta tester version available for free download.

What wabetainfo announce on there page pertaining to the sticker maker app is that is not yet available in all countries that the app is just available for use in some regions which are listed above and it’s already being rolled out that can be found to download on Google play store or apple store or app store for iOS users.

As it was said that they were about to release the app for quite a long time some months ago. The sticker maker app is now available for use in regions like Indonesia, India and Brazil and people can now start using it on their android and iOS devices.

And whatsapp 2.21.31.2 latest version for iOS are eligible to also make use of the sticker maker studio app.

The main purpose of the app is to be able to import third-party animated sticker packs to WhatsApp and it’s said that users might find some bug when making use of it for the first time. 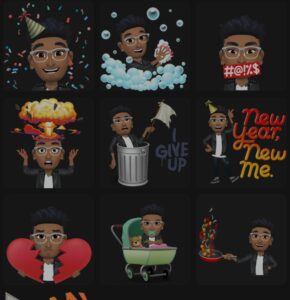 Which is recommended to report such bug users available for in their region should notice so that the developer can make a quick fix on  the app.