Ps5 spiderman file size revealed. For all those awaiting the launch of the PlayStation 5 console, Sony has revealed the file size for spiderman miles morales and the demons soul game, so be prepared!. 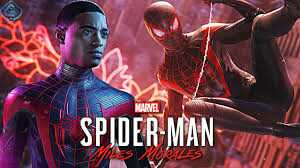 While we still awaits the launch of the PlayStation 5 console, Sony has recently revealed the estimated storage size of the yet to be released spiderman: miles morales and the demons soul game and according to these estimates, the two games could be taking 20% of the Ps5 console designated ssd storage size. 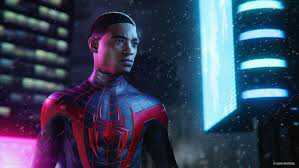 Also, the demons soul game which is also a remake version of the 2009’s PlayStation 3 game will require at least 66GB of space on the PlayStation storage.

The both of this games combined on your PlayStation 5 console ssd space – spiderman: miles morales ultimate launch edition and the demons soul will be taking a total of 171GB of storage space. The Ps5 console is packed with a 825GB, so the both games will be taking approximately 20% of the Ps5 storage space assuming it doesn’t eventually change before launch date.

However, we thought these information will be important to those who will be purchasing the Ps5 console on launch date and those who wish to purchase the spiderman miles morales launch edition together with the console. It is important to note that this are two of games that are going to be released for the Ps5 console as lots of other intense games will also be available for this console just on the first week of launch. Taking a look at games like watch dogs, assassin’s creed valhalla and even the call of duty that we all know will take more space on its own as the game has a very huge file size. 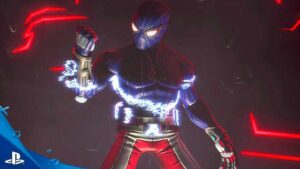 The Ps5 console am sure is still out for pre order, and pre order yours from the PlayStation direct website here. But you should know that the more game you want the more space you will need, as it seems the 825Gb SSD space is a rather quite small space for this console.

You can subscribe to our telegram channel here to enjoy latest tech news and receive our latest updates immediately we publish them.