The console comes with awesome features and a quite fair price for it’s super qualities. The cool features of the Ps5 includes its one of a kind Dualsense controller, its ability to play the predecessors(ps4) games, and also its amazing hardware features which includes AMD Cpu and Gpu, 8x Zen 2 cores running at 3.5GHz, NVMe SSD slot, 4K UHD Blu-Ray Drive,and many more. 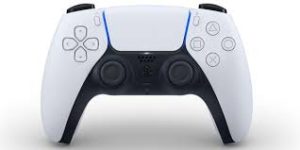 BELOW ARE DETAILED REVIEW ON THE PS5 DUALSENSE CONTROLLER.

PROCESSOR
The PlayStation 5 console is powered by a custom AMD Cpu and Gpu that are 8x Zen 2 cores running at 3.5GHz and also possess a graphic processor based on Ryzen line running at 2.3GHz,producing a whopping 10.28 teraflops.

STORAGE
The PlayStation 5 comes with 16GB of Ram and 825GB of Rom, the Ps5 memory can be expanded with a NVMe SSD slot.
The good news is that there are few SSD card can be compared with the ps5’s. An official list of the compatible SSD will be released soon.

RELEASE DATE
The Sony PlayStation 5 is set to be released by October 2020.

Click here to Join us on telegram for more review and updates.