Leaked Online: Samsung Galaxy Note 20 Ultra to Come With 120Hz Display and Snapdragon 865+ SoC, Tipster Claims. A tech news site Tipster claim this in  the early our of today.

According to the source, Samsung are planing to Make Samsung  Galaxy Note 20 Ultra 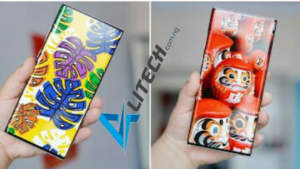 one of the phone’s history books will never forget and also to make a phone that will help them beat a lot of competitors in is own time.

As part of the plan to make it unique, it was lea­to Come With 120Hz Display and Snapdragon 865+ SoC.

We all know Samsung Note series have been wonder since the beging of the series.

Part of the feature that leaked onlin are,  The phone i.e Samsung Galaxy Note 20 series will come with four colors,

the front panel look like that of Samsung Galaxy Note 10,  it was also reported that the phone will be launch on the second of August.

will be powered by the unannounced Qualcomm Snapdragon 865+ SoC,

Contents hide
1. AlsoRead
2. See New Trick Fraudsters Are Utilizing To Defraud
3. How To Convert Airtime To Cash 2022 With Best Rate For All Network
4. How To Share Mtn Data Upto 1GB In 2022 Mtn New Data Share Method
5. How To Send Free SMS On Google Messages

by August 2020. It was also reveal by the source that the Samsung Galaxy Note 20 will come with a different  unique S Pen.

Further more,  it was also mention that Samsung Galaxy Note camera will different entirely from what we have been seeing.

what it will look like but it was not disclosed.

You can join our telegram channel here so you won’t miss out any information in the world of technology.

What are your thought about this new incredible phone

How To Activate 9mobile Unlimited On Hatunnel Plus VPN