It was reported yesterday that the button to allow users to set their Google assistants to make payment online with their assistant set-up was spotted which the update seems not to be announced yet.

Recently we just got another info from a platform that stated that Google now allows users to make payments with their voice. We hear that right and we wish to bring the update to you.

Google assistant is a bot that is been told to carry out some operation on any android device which supports the bot in an easy way you tell him to carry out the operation and it will do much for you, now Google seems to add another update to it which implies making payment I mean making payment for any bills through your own voice note.

We like to show you how you can be able to Carry out the process yourself and start to make a payment on Google through your voice.

Contents hide
1. AlsoRead
2. See New Trick Fraudsters Are Utilizing To Defraud
3. How To Convert Airtime To Cash 2022 With Best Rate For All Network
4. How To Share Mtn Data Upto 1GB In 2022 Mtn New Data Share Method
5. How To Send Free SMS On Google Messages
6. How To Set-up Google Voice Payment
6.1. We feel like to hear from you what you think and what your own opinion about this update that Google just made?

How To Set-up Google Voice Payment 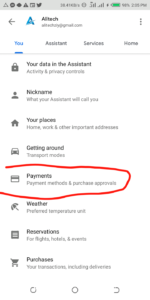 We said earlier that the update is not yet circulated if you are lucky enough you will find the settings located on your device as we stated above. 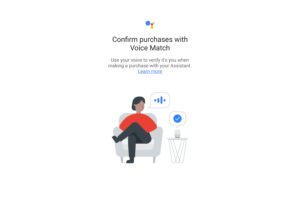 The features that Google adds to the assistant bot might cause some controversy in such a way that we get essays for you but it might affect you in the same way.

In the sense that someone, either your children or siblings can easily record your voice view some audio chip and implement in such a way that the Google Assistant will recognize it as your voice which they can now get full access to your credit card or to buy stuff for there self through your device technology as gone broad to some extent dear… so I don’t know things like that can come around.

We feel like to hear from you what you think and what your own opinion about this update that Google just made?