We are here with yet another soccer game, pro evolution soccer 2021, if you have been following our articles for a while, you should have seen our recent article on eFootball PES 2021. But eventually that is the ppsspp version of the game, now we bring the official android version of this same game to you, together with the obb file.

PES as we most of us know as been a top soccer game since our childhood and the good news remains that this game keeps improving more and more every year, and most of us here just can’t do without this game.

Fts 21 mod pes 21 is yet another soccer game developed by an unknown. Konami has been a company which has always been a top developer of the PES soccer games both on mobile and gaming consoles. The ppsspp version of this game is packed with some good graphics features, but still can’t be compared to this android version. This Fts 21 mod pes 21 is really packed with some great graphics features and not just that, some other features are also included which some will be discussed below.

Originally this Fts 21 mod pes 21 Is based on the first touch soccer, modded to the mod pes 21 game and just for your info, the game is still In development and not all the features are available yet. Once it gets released, we will be sure to update it to our site here.

As aforementioned the game has some great graphics qualities, the quality is so real, the game seems like a real-life simulator. Player are well improved and their ability has also been improved well too.

The control of the Fts 21 mod pes 21 is also quite smooth and also well improved, the analog controller has the pes logo on it which makes it looks kinda cool.

The commentary of the game is also very clear and improved too. The commentators now has well advanced commentary and pronounces names of players even more clearer than before.

Below are some few screenshot captured while playing the pes game. 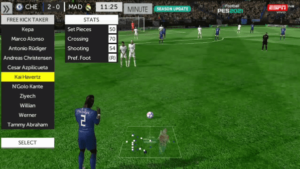 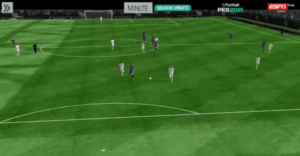 To download Fts mod pes game isn’t that hard, just click on the link provided below to easily download the game and install directly to your device with the instructions given below.

This game consists of the main game app and the obb file which contains the mod, if you are new to this or doesn’t know how to set up the game and the obb file, just follow the steps below carefully and you’ll be done in no time.

Just u case you face any issues while setting up the game, feel free to let us know using the comments section below.

Don’t forget to subscribe to our telegram channel for more android games and lots of exclusive technology updates.