These days, people love to play games mostly while away time. The rate at which games are played on android devices is very high amongst all ages of people. There are many genres of games available for android devices of which ‘shooting games’ were requested by some of our subscribers. In this article, we will be focussing on one of the best shooting games in 2020 name critical ops.

We bring to you Critical Ops

Being a multiplayer game, you can play with your friends and siblings

There are two teams which are made up of up to six players: The terrorists and anti-terrorists

Also, there are two maps, and depending on your team, your mission is to set or disarm a bomb or simply just get rid of as many rivals as you possibly can. 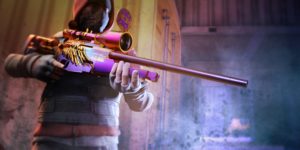 Controls are well adapted to touchscreen smartphones. You’ll find the virtual stick on the left-hand side of the screen. You have to slide your fingers towards the right side of your screen in order to rotate the camera and aim your gun.

There are many obvious similarities between Critical Ops and other shooting games. You can find the similarities in the repertoire where you’ll find several different assault rifles, sub-machine guns, shotguns or sniper rifles.

What I love most about this game is that you can also grab weapons and firearms from the bad guys you’ve already taken out, cool right?

Critical Ops is an outstanding FPS multiplayer game in every way. This really is one of the best games in this genre for Android, even way better than Critical Strike Portable which was developed by the same studio.

The Android game is an always will be a FREE-TO-PLAY game.

its was just updated that Spring Fair Lucky Spin now available the game level which was expressed below: 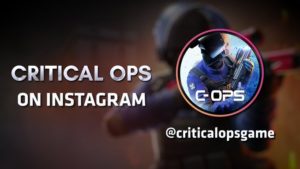 According To Critical ops

there is also some update too which you can get it from there tool.

The Spring Fair giveaway was also announced on the page yesterday

Spring fair #giveaway! 🍃
1) Comment below your In-Game-Name!
2) Tag a friend who you are playing with the most!
3) Retweet & like the post
4) Get a chance to win 5 Spring fair cases!
Three winners will get announced in this post; Giveaway ends 18th June. pic.twitter.com/fZjL3xaJZg

we stop our review from here, in case you need any game that you seem not to get the download link or its given you difficulties in getting it to your mobile phone you can request for it view our telegram channel contact the admin and he will request or provide you with full tips base on the Android or iOS game