When you first get your Android phone, you will find it very smooth and fast.

But over time, your Android phone will become more and more stuttered. My Samsung Phone is the case. So what causes our Android phone’s stuttering? There are mainly three reasons.

Contents show
1. Why My Android Phone Become Stuttering?
2. How to fix stuttering?

Why My Android Phone Become Stuttering?

Indeed, comparing with IOS, Android brings more freedom and creativity for the system. Many developers offer a lot of interesting and amazing apps. But it also becomes the root cause of stuttering. Because of open source, Google cannot constrain third-party applications. The quality of applications is uneven, resulting in more and more software competing to control the hardware resources of mobile phones. But these resources are limited. As a result, the Android system will become stuttered because the software takes up too much.

Another reason for stuttering of Android is fragmented files. If you had opened your file manager, you will find the storage space is a mess. There are so many cached files, such as pictures, videos, messages and amount of empty folders. You add and remove the files again and again. And it brings out countless fragmented files. Just as the road, it once was new and smooth. But after many cars drove on the road and left rubbishes, the road is no longer smooth and affecting the speed of vehicles.

Android system is an open-source system which lacks the ability to estimate the priority of resources. It is generous system. No matter what apps ask resources, such as CPU and GPU, Android will give them with no question. Then this will cause the running apps don’t have enough resources. Thus, stuttering appears.

Actually, after using the phone more than 10 months or 18 months, stuttering will become more serious. There are some ways to help you solve this problem,

but maybe it’s a temporary cure rather than a permanent cure.

How to fix stuttering?

As mentioned above, one of reasons for stuttering is fragmented. Thus, clearing storage space in time is important. To avoid deleting important data, you can use the download the cleaner app for your phone. For example, clean master. Those apps can help you clean the empty files, cache and background app.

There are some apps which you don’t always use them. But the apps often self-start and send out notifications. Actually, those apps will size the RAM. In this situation, you can “disable” them. Different phones have their own way to put apps into hibernation. I will take Samsung as the example.

Many people don’t care about the notifications. In fact, they will influence your usage too. So close some apps’ annoying messages is another way. Find “apps” in the settings. Then you can choose the apps which you want to close the notifications. 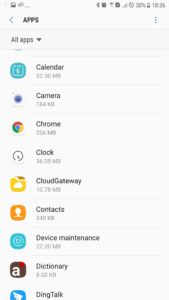 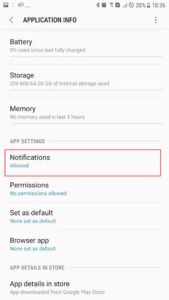 Flashing your Android is the last way to help you. This method means all your data in your phone will be deleted. The means is complex. But you will have a “new” phone for a long time. Therefore, it is very important to back up your information and data.

If you have other ways, please share with us.