Xiaomi MI10 First Smartphone To be powered by Snapdragon 865

Xiaomi Mi10 will be the first phone to run SD865 SoC

It was also pronounced that not only Xiaomi MI10 Will be powered by Snapdragon but also smartphones like Redmi K30 Pro, Mi 10, and Mi 10 Pro, will all to run on the Snapdragon 865 flagship.

But Xiaomi Mi 10 will be the first smartphone to equipped with Qualcomm Snapdragon865 flagship 5G mobile platform. 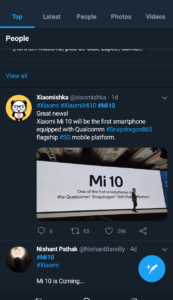 Mi 10 will be “one of the” first smartphones to run on the SD865 SoC. I hope this would avoid some confusion.

Xiaomi Mi10 will be one of the first smartphones to be powered by Snapdragon 865!” Announced by our Co-Founder & Vice Chairman of the Board, Bin Lin at #SnapdragonSummit @Qualcomm https://t.co/44LG6KCJUW

So the #Mi10 is confirmed to have a #Snapdragon865. I guess this is like @xiaomi saying “first” in the comments 🙂 #SnapdragonSummit 📷 #Pixel4XL #telephoto https://t.co/22rIRvV0Xu 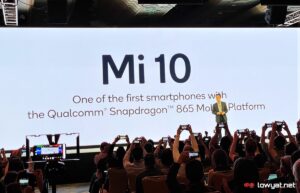 That all Listed info we gather on Twitter about the Mighty Xiaomi Mi10 that was said to be available in Q1 2020.

So you can visit back for the review (Review of Xiaomi Mi10) That is the first phone to be powered by Snapdragon 895 to be launched in between January February 2020.

Have any contribution to these Tech news kindly state it down in the comments box.

Infinix hot 8 Vs Tecno Pouvoir 3plus specification and prices