Whatsapp just rollout some updates on their app for some specific users which might be having some issues operating some features on the WhatsApp official app which the latest version of the official WhatsApp app is said to be version 2.20.199.13 android version some things are to put into consideration before you can get this latest WhatsApp installed on your device.

Recently the official WhatsApp platform just drop on message on the social media page WABetinfo which announcement are being made on this page whenever any latest updates of WhatsApp it’s being rolled out recently latest version for the WhatsApp official app for android was just announced that is read to download and we wish to info you guy’s about the updated and how to get it download for yourself.

According To WhatsApp Official On WhatsApp Version 2.20.199.13

Furthermore they claim that some fertile bugs have been fixed on the mobile app which lead them to release the recent version 2.20.199.13 of the WhatsApp version that was being announced on their official social media page as you can see above.

It’s said to be recommended that all WhatsApp users should update their whatsapp to the latest version of the whatsapp official version 2.20.199 if you are not a beta tester of the app.

For it will save you from different issues of some problem caused by a bug on the android version app.

Was also stated that the version 2.20.199.13 app was built to reserve everyone that is making use of the app worldwide. 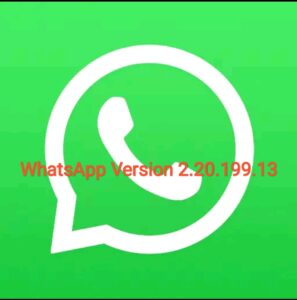 Some other features are bugs are fixed on the latest whatsapp official latest version 2.20.199.13 which will make you enjoy more of its features.

What are your thoughts about the WhatsApp latest version?