Samsung Galaxy Note 20? What do you think?

As you have known that Samsung is the brand that is arguably the first among the rest when it comes to the production of Android Phones. This particular brand has succeeded in making very satisfactory mobile android smartphones that can easily compete with the unique smartphone brand, Apple.

Contents hide
1. Brief Introduction
2. What are you thinking on the Samsung Galaxy Note 20?
3. Our thoughts on the Samsung Galaxy Note 20 5G Display.
4. AlsoRead
5. See New Trick Fraudsters Are Utilizing To Defraud
6. How To Convert Airtime To Cash 2022 With Best Rate For All Network
7. How To Share Mtn Data Upto 1GB In 2022 Mtn New Data Share Method
8. How To Send Free SMS On Google Messages

What are you thinking on the Samsung Galaxy Note 20? 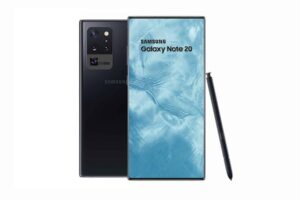 But then, we have some few reasonings of our own on this expected mobile phone and we just want to share it with you and of the many rumours running around, we want to expose you mainly to the display feature. Let’s go!

Our thoughts on the Samsung Galaxy Note 20 5G Display.

The super-hero flagship – as I love to call it – as usual, in the Samsung Note series is expected to have to variants but considering the earlier release of the Samsung Galaxy S20, we cannot say for sure if there will be a Galaxy Note 20 Ultra. 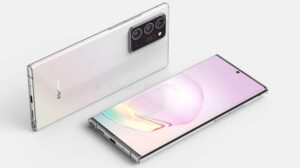 Rumour has had it that Samsung is planning an under display camera which would rule out the need for a punch hole camera. And actually, this is going to be so amazing but it is still a rumour and it may eventually happen that only one of the variants will carry this feature.

Again, there have been rumours about the Galaxy Note 20 would feature a flat display for all the variants and my thoughts on that is this; Is Samsung gradually trying to deviate from their line of phones with the edges? That’s what it seems but then, we wait.

Lastly, the S Pen is expected to improve and and come with a very great experience for the display feature of this great and amazing phone.

So, the Samsung Galaxy Note 20 models will come and we’ll be waiting. If you’re a big fan of Samsung smartphones and you are planning to upgrade, I’d say you prepare your money because Samsung is raedy to take you on a journey of awesome experiences.

Stay glued to our Telegram Channel as we bring more updates on the latest Phone and Tech News.

Huawei Set To Leave US