Xiaomi has confirmed and likewise seems to unveil the Redmi 10x quite a while now but the Redmi 10x Series was now officially launched by their holder Xiaomi it entails two smartphones deceive the one with series set to be a 5G device.

This two smartphone Redmi 10x and Redmi 10x pro are programmed or structured with Mediatek chips which vary as MediaTek Dimensity 820 Chipset brings up the 5G connectivity and the midrange power of the smartphone device. 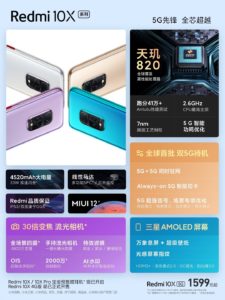 Xiaomi as the Redmi 10x series production company as confirm that the smartphone supports 5G+5G dual Sim tech which entails the device is modded with two sims sit specifications and both sim support 5G network that’s what we’ve been a focus on right now in Nigeria just to get 5G compatible device, was also discovered that Qualcomm’s 5G chipset does not have this features of 5G+5G Dual Sim technology enable which seems to be a big and also huge time set to MediaTek for bringing up the dual 5G device.

Other Specifications Of Redmi 10x Series

Xiaomi designed the smartphone with an in-display fingerprint sensor and HDR 10+, 20:9 screen ratios). The Redmi 10x phones also come as 6.57-inch 2,400 x 1,080 OLED Screen packing with a touch response rate that does not make you expect a high refresh rate. 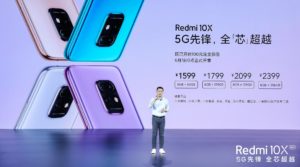 Redmi 10x pro was designed with a Quad rear camera which features 48Mp back camera and 8mp from camera entails Ultra-wide,8mp telephoto, and 5Mp macro sensor which is the different MP with the three rear cameras.

The front camera which is the selfie part entails a 20MP camera handle in waterdrop notch and also carries out the operation of the camera with 120fps slow-mo clips.

Seems Xiaomi is also bringing automatic watermarks to the smartphone Normally the Xiaomi Redmi 10x was spotted with a triple rear camera in combination which featured 48MP back camera entails 8Mp ultra-wide camera and 2Mp sensor know to be depth and the selfie part which is the front camera entails 20Mp to 16MP camera too. 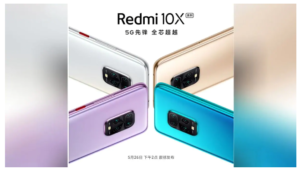 The watermarks eligible devices are dependent on the type and kind of the device and which kinds of pictures they can take, Xiaomi products which support watermarks are divisive and sound to be interesting ways to make use of them.

Some specifications or specs of the Redmi 10x series include MIUI 12, 3.5mm port,  USB-C, IP53 splash resistance, and an IR blaster. And the Redmi 10x pro is with standard 10X which entails or spots NFC.

Price Of Redmi 10X Series One Of The Cheapest 5G Device

Xiaomi First launches the Redmi 10x device with the stated price of $294 which entails the one that as the compatibility of 8G Ram and 128 storage unit and The one of 8GB ram and 256GB storage unit was sold out worldwide as $336 that for the normal Redmi 10x. 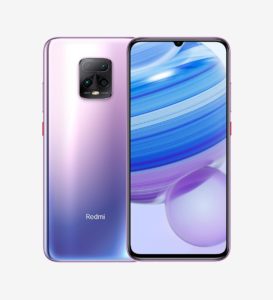 It’s was also discovered that Redmi 10x was not the only smartphone device that was announced that another phone like Redmi 10 that supports only 4G connectivity was also announced which seems to be the Rebrand of Redmi Note 9 that they both share some of same specifications which we already review it you can check out the specs from here.

Our followers get fast updates on any of our recently published posts on telegram channels you can get too by joining us.

Infinix hot 8 Vs Tecno Pouvoir 3plus specification and prices