From the onset, Apple has been one of the smartphone companies that produce the best. Yeah, you can read that again, one of the best. This owes to the fact that they produce their phones, pads, pods and other gadgets on their own. Apple phones run on their own OS, iOS and stands out with several other unique features making their products stand out and rather on the expensive side. In this review, we’ll be discussing a recent phone released by Apple, the Apple iPhone SE 2020. 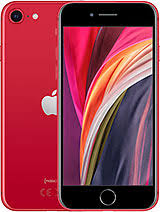 Let’s check together some of the features of this new flagship of Apple.

The iPhone SE 2020 comes with all the expected accessories for a normal iPhone that includes the earpods with lightning connectors, the lightning to USB cable and the 5w USB Power Adapter.

The iPhone SE 2020 has a height of 5.45″ with a width of 2.65″ accompanied with 0.29″ depth, as you can guess is the same as the iPhone 8. The flagship has its fingerprint panel on the front. with a single camera on the back-sided by a single flashlight.

The iPhone SE 2020 was not lavished with the best camera features as you would expect from Apple but $399 has its stretch especially when it deals with Apple. On the rear, a 12MP camera is mounted with an aperture of f1/8 and is capable of shooting 4k videos at 60fps. On the front, a single 7MP selfie shooter is mounted with an aperture of f2/2 and shooting videos maxed out at 1080p, 30fps. What is noticed here is that the camera setup for the iPhone SE 2020 is same as that of the iPhone XR.

Hardware and Software Of iPhone SE

The iPhone SE 2020 is an Apple product that falls on the rather low scale of pricing compared to previous products. The phone is sold at a convenient price of $399 (about 167,000 Naira) for the 64GB model and a litlle increased price of $449 (about 174,270 nairas) for the 128GB model, which is very considerate if you would ask me compared to the very great features of the phone.

Join our Telegram channel for more reviews on phones and other tech news.