If you are a lover of games published by Ubisoft Entertainment or you were a fan of Hungry shark you might have to check the Hungry dragon out.

The Gameplay of Hungry Dragon 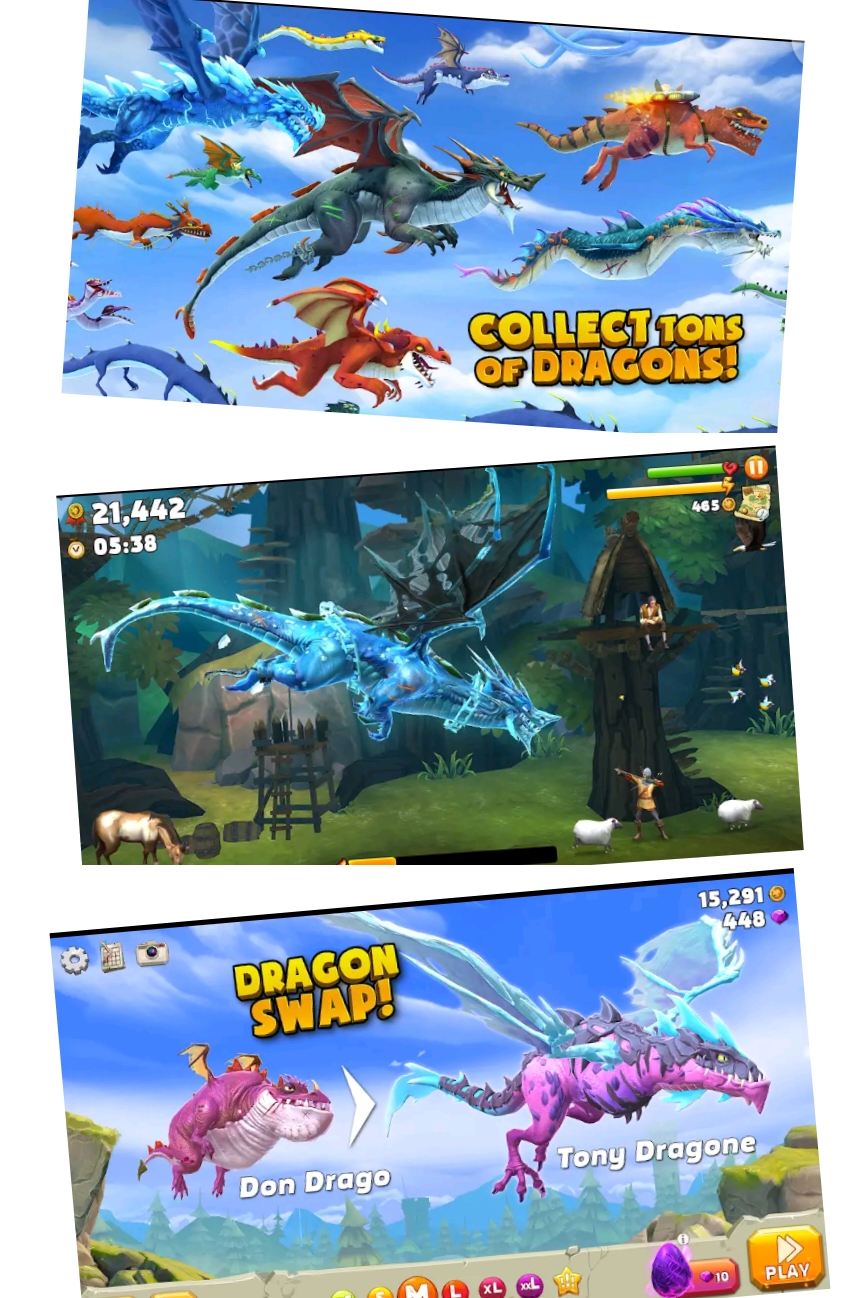 The Nibbler is known as the Dragon in Hungry dragon. The Nibbler feeds on it’s preys for survival and optimal performance in the game.

If it doesn’t feed well the player will not be able to explore it’s potentials adequately. If the nibbler is not given enough food to eat it will get weak, and it could also die as a result that.

The Nibbler has a blood/power bar which helps the player monitor when it needs to feed or when it is getting weak. The bigger the Nibbler gets by eating regularly, the more powerful is becomes in the game.

The Nibbler is also known for it’s ability to spray fire on it’s preys. So long as the Nibbler has full power/blood it will be able to function at high speed and the player will be able to utilize the fire skill which it possesses.

The Nibbler also eats to gain points, which can be used to unlock features in the game.

There are Dangerous organisms in the air that could weaken or kill the Dragon, so the player must be careful enough to avoid them in other to keep the it alive and strong.

The Hungry Dragon has an endless gameplay. The game comes to an end when the Nibbler dies. So as long as you are able to keep the Dragon Alive the game will not come to an end, and you will keep catching your fun. 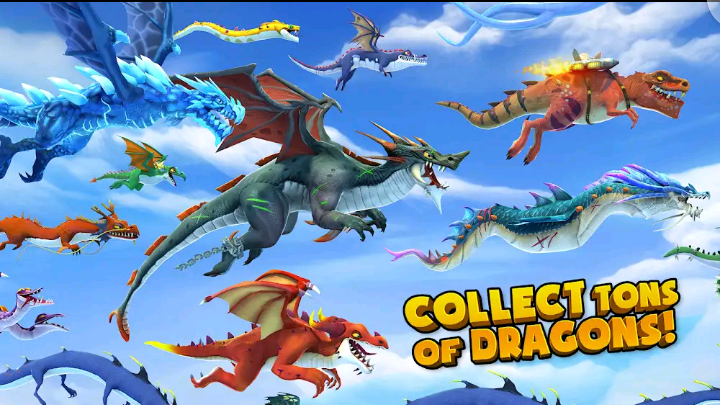 The Hungry dragon has a collection of different dragons. These dragons have different colours,and they are unlocked at different levels as the game advances. They all have new abilities which makes them stronger and better as you progress in the game. 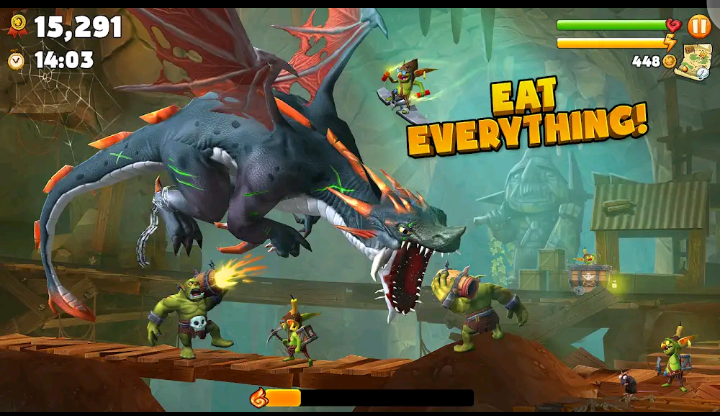 In the game play of Hungry dragon, the Nibbler has the ability to eat, burn and destroy everything that stands before it. The more the nibbler feeds, the more powerful it becomes. When it has fed well it exhibits different kinds of powers. These powers depends on the players ability to play the game according to the skills of the Nibbler. 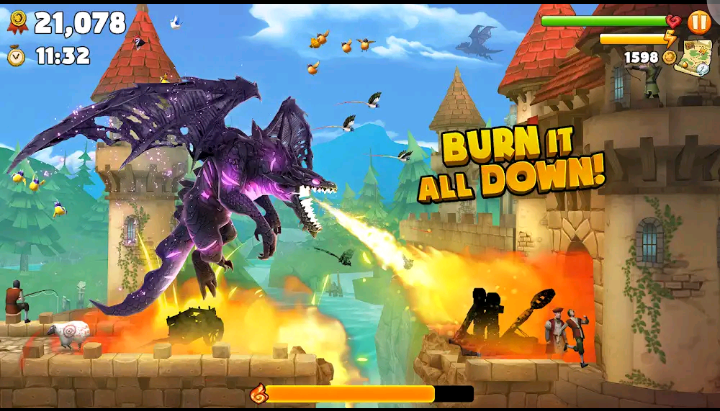 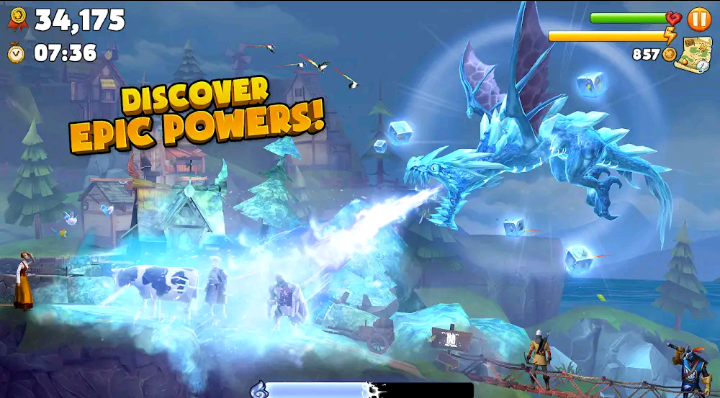 In the gameplay of, the Nibbler does not only need to feed on only creatures to survive or be effective. The player also needs to collect coins during the game. These coins makes it easier for the player to enhance the skills and strength of the Nibbler. It makes the Nibbler more sophisticated which makes the game more interesting for the player.

This another feature that makes the game stand out. Appearances can be customized to soothe the player. 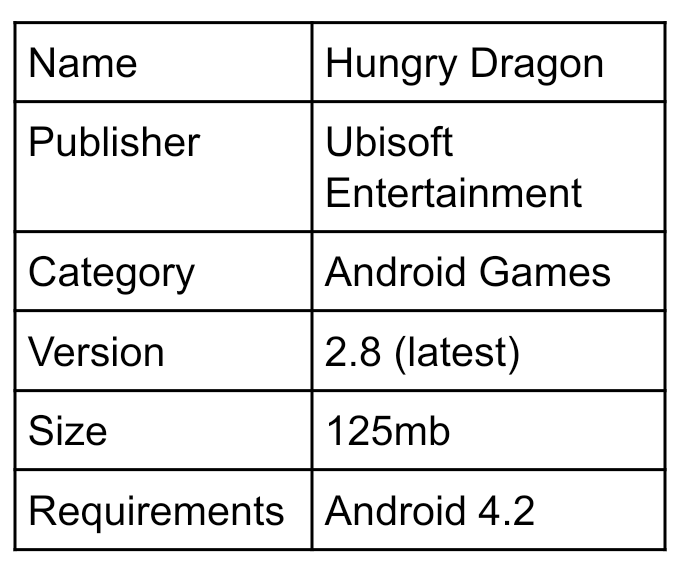