Gamers in the house! Probably you’re getting tired of the FIFA14 game or you’ve not been able to unlock somethings or you’re stuck some where in the game…

FIFA14 is one of the most interesting android football games. It is also one of the modern FIFA football games with an offline play which is what we’re about to dive into how to unlocki itThe fact that you’re reading this right now means you brobably know what FIFA14 is all about and maybe you possibly have bee trying to unlock it but all to no avail this. Well, that’s what this article is all about To guide you on how to unlock FIFA14.

What is LuckyPatcher and why are we using it here?

Lucky Patcher is a free Android application which can be used to modify(mod) a lot of apps and Games(mostly offline ones).
It can also be used to block annoying ads on applications, backup apps before and after modifying, remove unwanted system apps, remove license verification from paid apps and games, move apps to SD card, etc.
So in this guide we’re using it to modify FIFA14 so we won’t have to pay to unlock it.

• Busy Box (you don’t really need this as it is lucky patcher that requests for it, Lucky patcher will refer you to where to get it from perhaps if it asks for it. If it doesn’t, just leave it out)

• Your patience is also required as Lucky Patcher takes long to patch an application, not to talk of FIFA14, a big game.

How To Hack (Unlock) FIFA14 APK Offline Play/Kick Off

Step 1 : First off, make sure your FIFA14 application and OBB files are installed appropriately.
Step 2: Download and install Lucky Patcher from the link given above
Step 3: After done installing Lucky Patcher, launch the app and tap on FIFA14 on the main menu section of the app.
You’ll see a list below it, tap on
“Open Menu Of Patches”, then
“Support Patch for InApp And LVL Emulation”
Step 4: Then a menu with checked and unchecked boxes pops up. Just tap on “Apply” at the bottom of the screen then wait for it to process your request. This will take a while.
Step 5: After it’s done, Launch the app. When the game has been launched and opened, just skip the first match you’re given not to waste time.
Then, at the main menu of the game, tap on the “play” tab, swipe to the locked modes you would like to unlock(you can choose to unlock any).
Step 6: Tap on the “unlock” button. Instead of bringing out Google payment method for in-app purchase, a pop-up with check boxes from Lucky Patcher will show instead. Just proceed and allow it to load/process. After that you would get an error message then just close the game.

Step 7: After closing the game, relaunch it and again tap on the same ‘play’ tab and swipe to where you tried to unlock it the previous time and under the “Unlock” button, you’ll see “check for existing purchase”. Proceed to tap on it, then wait for it to process, after which you’ll get a message that you’ve successfully unlocked the FIFA. 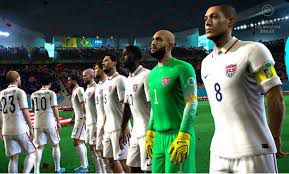 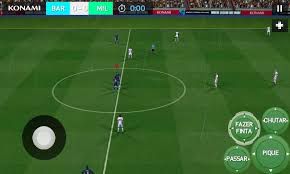 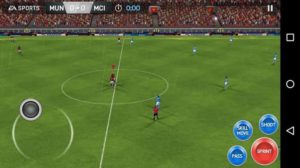