They kept tweeting a message about partnering with a company called crypto for health and decided to disburse 5000 Btc to the community. 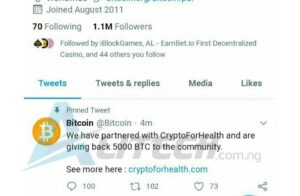 As a source has claimed, the site attached to each of this tweets has been discovered to be a phishing site and vulnerable users can easily fall for this scam.

Binance, on it’s telegram channel has Alerted users about the ongoing hack and also cautioned users to stay away from any link, but not everyone seems to have gotten the warning, a source has claimed that according to reports the hackers have been able to recieve more than 1.6 Btc in just a short while. 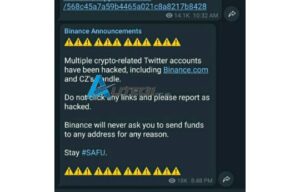 Major leader’s and companies twitter account has also been compromised, they have started making tweets about doubling any amount sent to the Bitcoin wallet address, Bill Gates, Apple, and the likes have have their twitter account hacked already and they all have the same tweets in common doubling any amount sent to them or partnership with crypto for health. All the hack victims have claimed to have their 2FA on, so this hack seems to be a very coordinated and cosentrated work.

Check the tweets below. 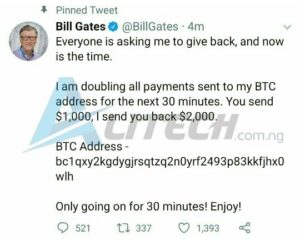 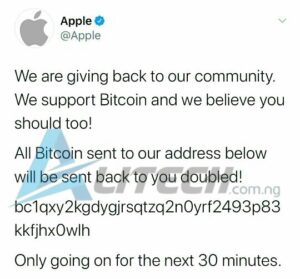 We at Alitech cares more about our members and followers, so we made this update to keep you away from the latest scam and have your funds safe, stay away from twitter for now, do not click on any suspicious link, and be careful with free giveaways, free giveaways cannot be organised by such big companies in that way, so stay safe and share with a friend.

How To Get Airtel 2GB For N200 - Airtel Night Plan

HOW TO SHUTDOWN YOUR PC REMOTELY FROM YOUR PHONE